Soaring over Bagan at Sunrise

Bagan in Myanmar, a landscape of thousands of temples and pagodas,  is known as the heart of the Theravada Buddist faith. At one time there were over 13,000 temples, pagodas and religious structures, today there are only around 2000 well-preserved temples and pagodas dating back from 11-13th centuries.

How to visit the Temples in Bagan

There are a few ways to view the temples and pagodas, by horse and cart, by bicycle or by hot air balloon at sunrise. The day before our balloon flight, we toured the mystical temples by horse and cart, but there is nothing like floating serenely in the cool of the misty morning air  looking down at the sleepy town of Bagan and its people waking up.

For this adventure we chose Balloons Over Bagan who had been operating in Bagan since 1999.

We were collected from our hotel Bagan Umbra Hotel at 5.15am and driven to the other side of Bagan to an open field where hot coffee and tea awaited us.   Our Pilot for the flight was David who had been with the company for 8 years. 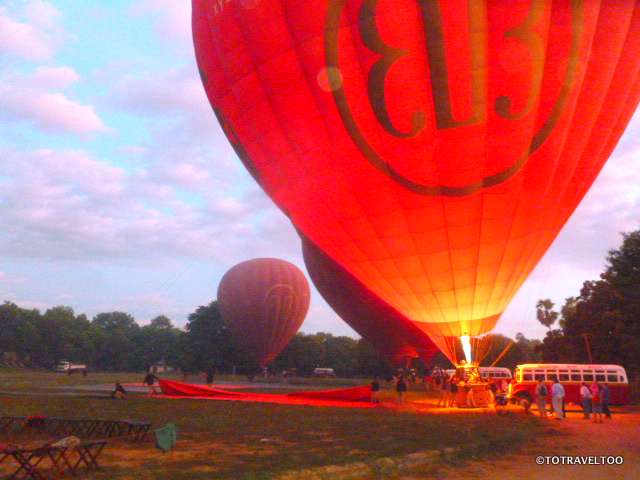 Inflating the balloon at sunrise in Bagan

The morning was cold and misty and the coffee hot and welcoming whilst we waited for the balloons to inflate. 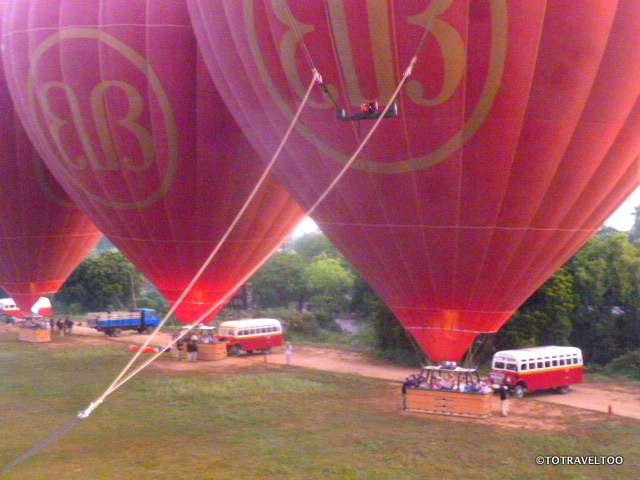 After settling into our basket,  David went through our emergency drill and brace procedure for landing. Then we were up! It is really hard to explain the feeling that you get as you float above the ground, with the sun peaking through the mist as you float effortlessly over the top of the many temples.   Ox carts are out on the roads, horse and carts are delivering produce to the many shops scattered around Bagan and people are going about their daily routines.  They are so used to the Balloons by now they don’t even look up as we float above them, although young children on the way to school still look up and wave as we hover above them.

We can see the Irrawaddy River and the Mountain Range  poking through the early mist. 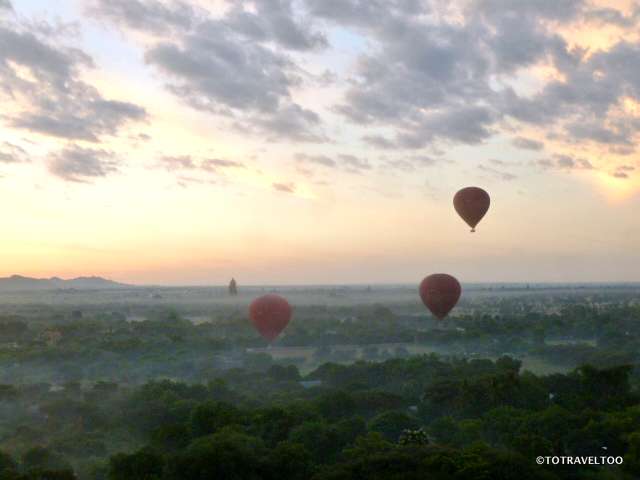 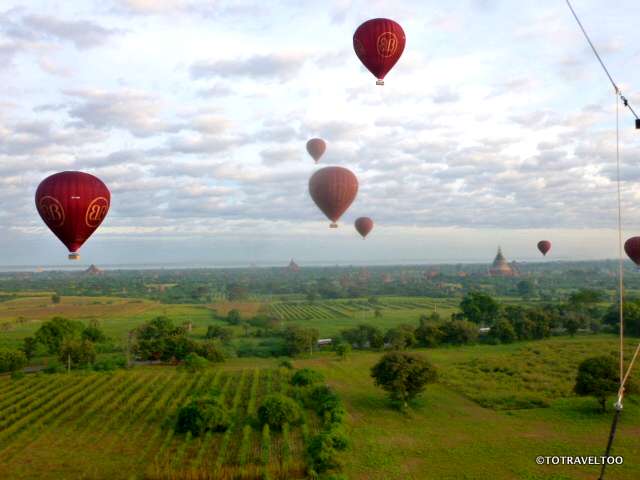 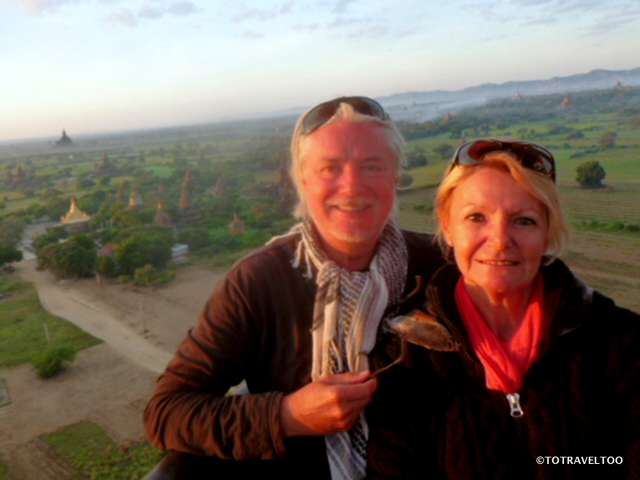 Enjoying our flight over Bagan 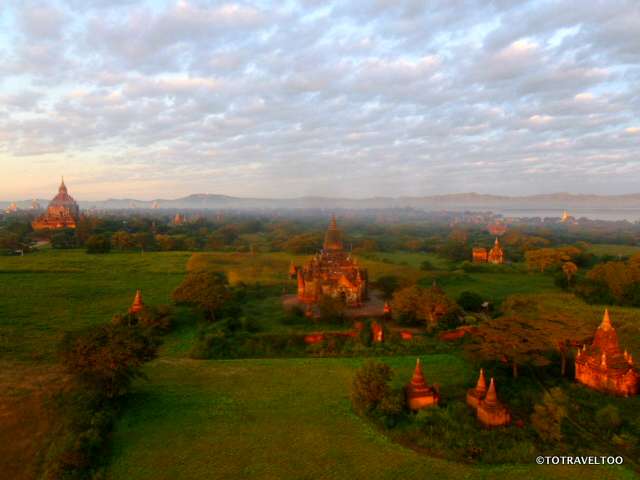 Temples and Pagodas in the early morning light 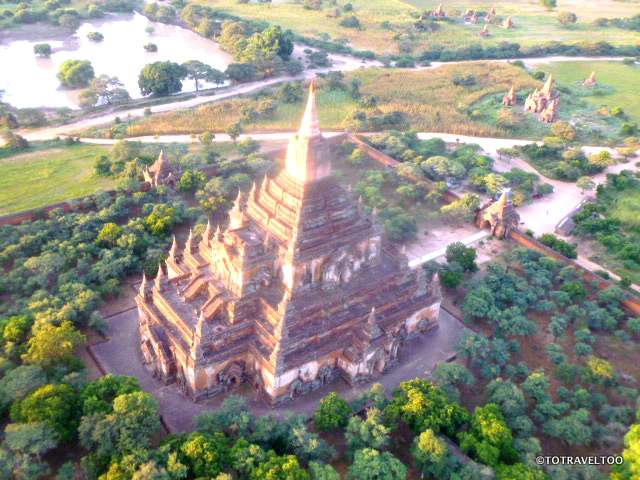 Flying over Ananda Temple that was constructed in 1105AD, it is one of the largest well-preserved Temples in the area.

After 50 minutes, we landed safely and enjoyed chilled glasses of champagne, fruit, croissants and banana cake. To top it all off we were driven back to our hotel in the fun Balloons over Bagan buses.

To Travel To Tip: The season is short starting in October and finishing in March.

Ensure that you book in advance and give yourself a few days in case of bad weather.